As with any faith, certain traditions must take place following a person’s death when planning a Jewish funeral. In addition, there are several denominations within the Jewish faith. And while each may have differing traditions, most Jewish memorial services and funerals follow a similar practice.

Most decisions that must be made following a death are handled by immediate family members; however, they may request assistance. Other family members may be asked to help with certain tasks, such as notifying family members and friends and helping with out-of-town guests.

First, Jewish law requires that a deceased person be buried within a day of death. However, many circumstances can allow for that date to be moved. For example, an autopsy or organ donation may be necessary, the body may need to be transported to another state or country or the family may need to wait for travelers to arrive. The family may also need to avoid burial on a Saturday or another holy day.

While the number of Jewish people electing to be cremated appears to be on the rise, Jewish laws and traditions maintain that cremation is prohibited.

In the Jewish tradition, there is typically not a visitation, viewing or wake. A Jewish funeral can be held at either a synagogue, the gravesite or at a funeral home. The funeral usually includes prayers, a eulogy, and the reading of psalms. The following prayers are traditionally recited during a Jewish funeral.

One or more eulogies may be read at a Jewish funeral by family members and/or a rabbi. As with most eulogies, the purpose is to praise and appreciate the life of the deceased as well as to express sadness over their death.

Flowers are customarily not displayed at a Jewish funeral service. Instead, the family usually designates a charity to which funeral attendees and others may make a donation in the deceased’s name.

If the deceased served in the military or belonged to another civil or fraternal organization, these rites may not be performed during the funeral but may be performed graveside or at the internment. The family may want to check with the rabbi regarding the appropriateness of these rites.

Planning a funeral in general can be stressful – if you are assisting with the burial plans of a Jew, the funeral arrangements might differ from what you might consider a traditional funeral. Here is a list of tasks that need to be arranged for a Jewish funeral:

After a Jewish Funeral

After a Jewish funeral, attendees can follow the hearse to the cemetery or to the site of internment. Pall bearers will help carry the casket to and from the synagogue. This honor can be given to both Jewish and non-Jewish persons.

The rabbi will say funeral prayers at the gravesite or internment service and recite the Mourner’s Kaddish once more. If the deceased is to be buried, mourners will traditionally place dirt into the grave with either their hands or with a shovel. When using a shovel, it is never passed from one person to the next. Instead, the shovel is placed back into the dirt for the next mourner to use.

All Jewish cemeteries have water at the gate so that attendees can wash their hands as part of the purification process. If this is not done at the cemetery, water may be available at the door of the reception. It is customary not to dry the hands after this cleansing ritual.

The family may hold a reception after the funeral at a family member’s home, at the synagogue or at another selected location. Friend or synagogue members can prepare the consolation meal (“S’udat Hav’ra-ah”). Hard-boiled eggs are a traditional part of this small meal, as they represent the cycle of life. Lentils are also a traditional food to be served at this time.

The seven days immediately following a Jewish funeral mark the start of “shiva,” which means seven. During shiva, the family gathers daily at a designated home to pray and mourn for the loss of their loved one. During these seven days, the family accepts visitors and recites the Mourner’s Kaddish daily. They do not return to work or take part in any daily routines during this time. On the first day of shiva, a candle is lit and is burned for all seven days.

The second mourning period is called “shloshim,” which means thirty. Shloshim lasts until the thirtieth day after the funeral. During this time, mourners and family members can begin to resume their normal routines. In addition, they continue to recite the Mourner’s Kaddish every day. After shloshim, the family fully returns to their normal activities. However, in the death of a parent, the mourning period lasts for a full year.

The practice of Judaism holds two specific memorial events following the death of a loved one. “Yahrzeit” is observed on the Hebrew calendar anniversary of the death. Every year following the person’s death, on the night preceding the anniversary, a yahrzeit candle is lit. This candle will burn for 24 hours, and the mourners will again recite the Mourner’s Kaddish.

The second memorial event, “yizkor,” occurs on Yom Kipur, the Day of Atonement, on the holiday of Shemini Atzeret, and on the last days of Passover and Shavuot. Yizkor serves as a memorial prayer service, in which the mourners attend synagogue to mourn with the rest of the community.

This article is meant to be a broad overview of Jewish funeral traditions. Please look toward future articles for more information. 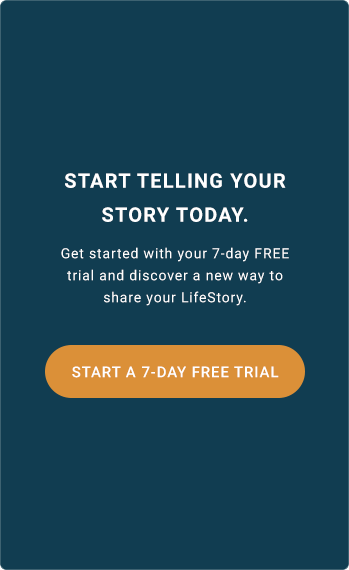